To live your greatest life 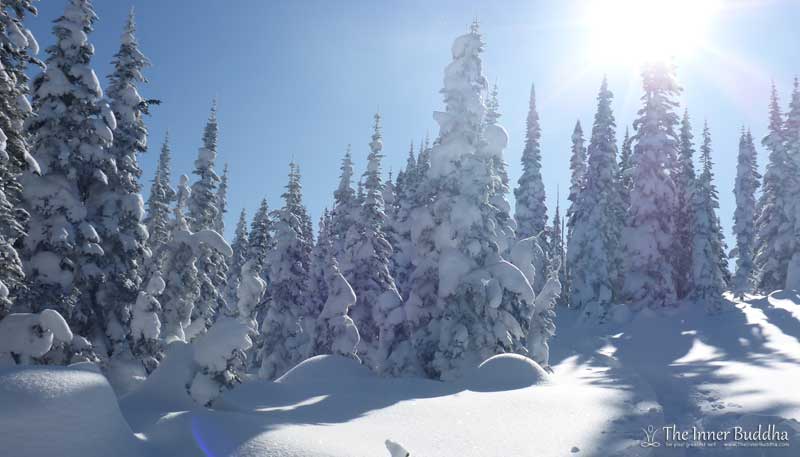 There is a battle within each one of us. Virtue strives to be, and we are rewarded every time it is expressed, for we experience gladness, satisfaction, accomplishment, and bliss. Indeed, every intrinsic positive emotion is a function of our virtues coming alive. Likewise, every positive virtue compromised brings about a death within us. We feel despair, sadness, regret, and loss when we trade our esteemed virtues for mere trinkets and earthly comforts.

It seems so clear that when we give life to our virtues, we live brighter. Why then, do we sacrifice virtue on the alters of fear and desire? What causes us to compromise our greatest of truths?

There is a fear in humankind, a fear of harm. Few of us can really define who we are, perhaps we give a name or a career, but we don’t really know… and yet we fear this self we do not know will be damaged. In the heart of humankind resides the will to thrive, and what a will it is. It will burn all it stands for to raise the self in glory. Is it a sickness, this willingness to sacrifice virtue for comfort, or is it the very origin of the suffering we aim to eliminate?

There was a time in the days of old, when spirit was recognized and the souls of the people rested in the hands of those who claimed to be saviours. Priests and advisors were charged with the duty to guide us in matters of spirit, that we may be raised high. Some spoke of everlasting damnation, fiery pits of despair and eternal suffering, and said they’d keep us safe. Others spoke of love, and shared a gospel of truth.

Over time, the messages of truth were overshadowed, and despair tore a great rift within the hearts of the people. An inconsistency in the message caused people to fear God, for it was claimed he was the everlasting judge that stood between us and eternal damnation. The love of God and presence of hell were at odds, and so advocates who promised salvation were of vital importance.

The unthinkable happened. Those who would be great watched in horror as the messengers themselves fell out of grace. It was a time of great change in the world; it was the birth of advanced science. If our salvation could not be entrusted to the messengers, then indeed we would save ourselves. So it is that we began learning of and understanding our environment. We created great comforts, and realized astounding feats of glory, and then we forgot. We became so caught up in pursuits that we forgot the key to being human is virtue. We learned to sacrifice heartfelt values for money, fame, glory, comforts, and then any human desire. And we watched in stunned amazement as the frequency of harmful crimes, uncurable illness, and suicide rose. We sought medicine for depression and despairs that we ourselves created.

To this day, many of our brothers and sisters still don’t realize where the disparity arose. We forgot who we are, and in so doing, lost sight of the markers that enable us to be our greatest selves. This is one of the greatest crimes of humanity, for the joys of being genuine exceed those of any physical pleasure.

Science has given us a great many discoveries, and is of immense value. But greater even than this, is the value of living true to our hearts and humanity. We are, at our core, emotional beings. Every thing you would have, you desire for the emotion it brings. In fact, even desire itself is an internal emotion. Absent these feelings, one knows only lifelessness. And yet we chase things. Better it would be, to come to know ourselves, that we might optimize our happiness. Better it would be, to live true to who we are within and know peace, than to compromise all we stand for in pursuit of earthly glory. For who can be happy when rich, if they’ve sacrificed integrity, love, kindness, and compassion? Indeed, the miser may be rich in physical worth, but he is among the poorest of beings on this earth.

There is an invalid belief in society, the belief that rewards require compromise of the virtue that lives within. It is perhaps, the greatest of damaging beliefs humanity must overcome. Millions of hearts cheer the superheroes we observe in theater, for they embody the virtue that resides in each of us. These same millions will uphold all who step forth to be their greatest selves. And so I ask you to change your belief. Know that just as you would uphold those of virtue and truth, so too will the others of this earth uphold you.

Virtue needn’t be sacrificed. You have a right to exist, and to thrive as your genuine and greatest self. And you, the genuine you that your heart knows, are virtue. The next time, and every time, you are faced with a choice between living true to your heart and sacrificing yourself on the alters of fear and desire, choose virtue and integrity; give life to that which is you.

This battle of which we speak, is not strictly internal. It has worldly expression, living in our relationships, workplaces, families and friendships. On a grand scale, it can be seen in nations and the alliances and battles of the earth. It can be seen in positive form and in negative form. The battlefield of worldly life is bloodied by the very same compromises that shroud the soul in sadness.

There are many who would change the world; there is no shortage of causes for which the people rally. And yet every cause known is but a symptom of a single disease, the disease of being untrue to our divine nature. Not one cry for help would go unanswered, if those who live upon this earth would choose to be their greatest selves, and to live in word and action, all virtues they hold dear.

I ask you to join me in this cause by freeing yourself to be your greatest version. A free guide to knowing and aligning with who you are can be viewed at www.theinnerbuddha.com. Within it, you will learn the wisdom of the ancients, the core message of every prophet that ever has been. Take a look, and in a week, you can forever change your life. It’s fun, exciting, and engaging. Invite your friends and together, let’s heal humanity and the world we hold dear.

To live your greatest life